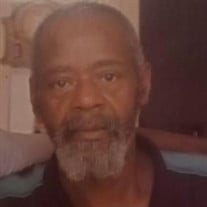 Theodore Edwards, Jr., of 118 East Franklin Street, Anderson, SC departed this life Friday, July 2, 2021 at his home. Theodore affectionately known as ‘’Ted’’, ‘’Teddy’’ or dad was born in Brooklyn, New York on November 1, 1956. He was the oldest child born to the late Theodore and Jeanette Edwards. Ted attended McCants Middle School and was a graduate of McDuffie High School in Anderson, SC. He served in the Army Reserve for 18 years as a Staff Sgt. and a Smoke Generator Operator. He was employed at Dexter Gro., Hanvey Construction Companies and several moving companies. Ted enjoyed listening to his old school music and being with his family and friends, there was never a dull moment when you were around Ted. Ted was blessed with five children, Tedricus ‘’Scoota’’ Clayton, Marcus ‘’Mark’’ Clayton, Theaodorsha ‘’Theo’’ Harkness, Octavius ‘’Tay’’ Edwards, and Whitney Gay; one sister, Emma Edwards; two brothers, Ricky Edwards and Wardell Blanding; thirteen grandchildren and two great-grandchildren; and a host of nieces, nephews, other relatives and dear friends. In addition to his parents, Ted was preceded in death by brothers, David, Marvin, and Stevie Edwards. Public viewing will be Friday, July 23 2021 from 1:00 pm until 8:00 pm. The family will receive friends on Friday evening from 6:00 pm until 8:00 pm at the mortuary. The family is at 102 Pocalla Way, Anderson, SC 29624.

The family of Theodore Edwards, Jr. created this Life Tributes page to make it easy to share your memories.

Send flowers to the Edwards, family.