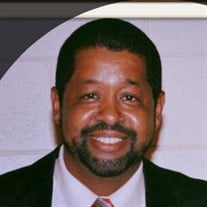 In profound sorrow, we respectfully announce the passing of Samuel Edwin Galloway, age 58, of 706 Leon Drive, Anderson, SC on Wednesday, February 10, 2021 at AnMed Health Medical Center. He is survived by his wife, Yvonne Galloway of Anderson,... View Obituary & Service Information

The family of Samuel Galloway created this Life Tributes page to make it easy to share your memories.

In profound sorrow, we respectfully announce the passing of Samuel...

Send flowers to the Galloway family.