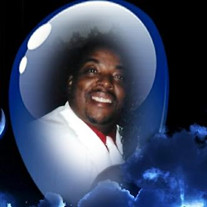 Roger Lee Sims , age 58 , of 204 Vista Circle , Clemson, SC was born on Saturday , October 12th, 1957. He departed this life on Thursday, June 16th, 2016. A Celebration of Life Service will be held on Friday, June 24th, 2016 at 12:00 noon, at the Mountain Springs Baptist Church , 4801 Liberty Highway, Anderson, SC 29621. Interment will follow in the church's cemetery. The family will receive friends on Thursday evening from 6:00 until 7:00 pm at the mortuary. The family is at the home. Roger was a graduate of D.W. Daniel High School, class of 1975. He attended Tri County Technical College, where he was awarded a certified certificate in 1998. During Roger's life he held several jobs , a supervisor for Defender, Industries ., a short order cook for Sonny Burger in Central, SC (owner the late Thomas McAlister known as Sonny Boy), Contract Manager for Gaillard Maintenance Co., machine operator for MPC of Easley, a custodian for Clemson Physical Plant , a trainer for Greenfield Industries - Clemson Plant , where he worked as a Heat Treat Operator until he became disable. Roger was a member at the Mountain Spring Baptist Church, where he served as a Vice- President of the Brotherhood, Secretary for the Men's Ministry, Vice- President of the Usher Board, Advisor for the Junior Young Men's Usher Board and several other auxiliaries in the church. Roger is survived by his wife, Dorothy Sims of the home; four daughters, Natasha Lee Whitner of Duncan, SC, Angilee Black of Clemson,SC, Monique Black of Central, SC and Coretta Welborn of Clemson,SC; two sons, Shawn Lee Whitehead of Seneca , SC and Willie Welborn, Jr. of Seneca, SC; eleven grandchildren; two brothers, Jimmie Ligon of Clemson,SC and Sylvester Sims of Central, SC; and one sister , Edna M. Sims of Seneca, SC. Roger was preceded in death by his parents , Jake B. and Pearl Ligon Sims; a sister, Shirley A. Sims Spear; a brother, J.B. Sims, Jr.; a faithful uncle, Bobby Sims; and a god-mother, Edna Ligon.

The family of Roger Sims created this Life Tributes page to make it easy to share your memories.

Send flowers to the Sims family.