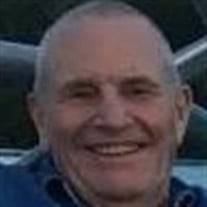 The Unity Mortuary of Anderson announce that family and friends will gather for Mass of Christian Burial will be 9:00am Saturday June 29, 2019 at the Our Lady of Lourdes Catholic Church with Fr. Scott Sunnenberg as celebrant. Burial will follow at the Highland Park Cemetery in Pittsburg, KS. Rosary will be recited at 5:00pm Friday June 28, 2019 at the Bath-Naylor Funeral Home and family will receive friends from 5:30-6:30pm following the rosary. In lieu of flowers the family asks expressions of sympathy to be in the form of memorials to the National Alopecia Areata Foundation. Friends may drop off or mail memorials to Bath-Naylor Funeral Home 522 S. Broadway Pittsburg, KS 66762. Condolences may be left at www.bathnaylor.com. Arrangements and services are under the direction of Bath-Naylor Funeral Home of Pittsburg, KS. Edward “Ed” Quinn, D.D.S., 84, loving father and grandfather, of Hartwell, GA passed away 11:45pm on June 15, 2019 at Rainey Hospice House in Anderson, South Carolina. He was born June 10, 1935 in Des Moines, Iowa the son of Edward T. and Frances Haigler Quinn. Ed was a Dentist for 35 years with emphasis on restorative dentistry and served as Director of the L.D. Pankey Institute. He served with the United States Army Dental Corps at Ft. Bragg, NC, where he was a Captain and served 2 years active duty with the 82nd Airborne. Ed was an active member of St. Vincent de Paul Catholic Church in Rogers and served on the Finance and Administration Board and Council of Ministries Board. Ed graduated from Northwestern University in Evanston, IL with a BA degree in Biology and a graduate DDS degree of Northwestern University in Chicago, IL. While in college Ed was a member of the DERU Honorary Society, Sigma Chi Fraternity, dental fraternity Delta Sigma Delta Fraternity and played Varsity Football. He was active in many community organizations Rotary Club, Dale Carnegie, Toastmasters Club, Fellowship of Christian Athletes and served on the Board of Mary Queen of the Universe Shrine in Orlando, FL. Ed is survived by his wife of 58 years, Jane Bassett Beisel Quinn; one daughter Colleen “Kelley” Quinn Kilduff and husband Shaun of Baltimore; two sons,Kevin Edward Quinn and wife Pamela “Pam” of Georgia and son Patricc Andrew Quinn and wife Margaret “Peggy” of Texas; brother J. Michael Quinn of Indianapolis; siste, Kathleen “Kathy” Sunnenberg of Missouri; eight grandchildren Cailin Stine, Mackenzie and Christopher Kilduff, Mathew and Kailey Quinn, Erin, Nicholas and Elizabeth Quinn. He was preceded in death by his parents.

The Unity Mortuary of Anderson announce that family and friends will gather for Mass of Christian Burial will be 9:00am Saturday June 29, 2019 at the Our Lady of Lourdes Catholic Church with Fr. Scott Sunnenberg as celebrant. Burial will... View Obituary & Service Information

The family of Edward H Quinn created this Life Tributes page to make it easy to share your memories.

Send flowers to the Quinn family.