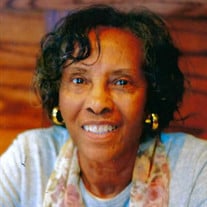 Beatrice Gambrell Walker entered into rest on Thursday June 17, 2021 at Hospice of the Upstate, 1835 Rodgers Road in Anderson, SC. Beatrice was born in Anderson County, South Carolina on February 23, 1936. She was the third daughter of Fuman and Virgie Lee Owens Gambrell. At an early age, Beatrice joined Mt. Able Baptist Church. She attended Anderson County Public Schools and graduated from Anderson County Training School. From there she attended Friendship Junior College in Rock Hill, South Carolina and received her Associate of Arts Degree in Education. Beatrice furthered her education by attending Morris College in Sumter, South Carolina, where she received her Bachelor of Science Degree in Elementary Education. Beatrice taught one through six grades at Hillcrest Elementary School in Westminster, South Carolina. In 1972, she decided she wanted to teach K-5 and started teaching at Nicholtown Child Development Center in Greenville, South Carolina which was later named the Overbrook Child Development Center until her retirement in May 1995. While teaching at Overbrook, she received ‘’The Teacher of the Year Award’’ for seven consecutive years. In 1981 and 1989, Beatrice received ‘’The Salute to Education’’ from the school district of Greenville County for meeting and maintaing high standards of education. Batrice was preceded in death by her parents, Furman and Virgie Lee Owens Gambrell; three brothers, Ernest (Dorothy), Johnny (Leola), and Willie T. Gambrell (Elizabeth); and one sister, Evelyn McWhorter. She is survived by her husband, Bernard Walker of the home; one daughter, Jaqueline (Marquette) of Greenville County, SC; one grandson, Courtland of Knoxville, TN; one sister, Othel Williams (James) of Charlotte, NC; three brothers, James (Elizabeth) Louis Neal (Teresa), and Ulyssess (Gerrald) all of Anderson, SC; and a host of nieces, nephews, and cousins to cherish her memories. A Celebration of Life Service for Mrs. Walker will be held at 2:00 pm, Saturday, June 26, 2021 at The Unity Mortuary of Anderson with Dr. Curtis Hill and Reverend James Blanding, officiating. Interment will follow in Oaklawn Memorial Gardens, Anderson, SC. Public viewing will be Friday from 1:00 pm until 8:00 pm. The family is at 1003 Furman Gambrell Road, Anderson, SC 29621.

Beatrice Gambrell Walker entered into rest on Thursday June 17, 2021 at Hospice of the Upstate, 1835 Rodgers Road in Anderson, SC. Beatrice was born in Anderson County, South Carolina on February 23, 1936. She was the third daughter of Fuman... View Obituary & Service Information

The family of Beatrice Walker created this Life Tributes page to make it easy to share your memories.

Send flowers to the Walker family.