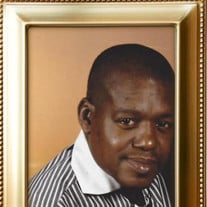 Celebratory Service for the Life of Mr. Antonio Jerome Harkness will begin Friday, March 18, 2016 at 1:00 pm, at the Unity Mortuary Chapel , 401 S. Fant Street , Anderson, SC 29624. He will be laid to rest in the Westview Cemetery, Anderson,... View Obituary & Service Information

The family of Antonio "Tony" Harkness created this Life Tributes page to make it easy to share your memories.

Celebratory Service for the Life of Mr. Antonio Jerome Harkness...