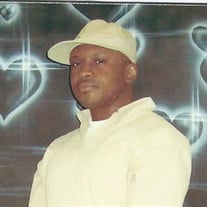 Ansel Tyrone Austin of Anderson, SC departed this life on Sunday morning, June 6, 2021 at AnMed Health Medical Center of Anderson. He was born in Clemson, SC to the late James Franklin Austin (Linda Geer) of Anderson and Carolyn Lousie Austin currently residing in Clemson on June 16, 1968. With a birthday approaching he would have been 53 years old. Ansel is survived by his two children, Marquez McDowell of Anderson and Keiana Rea Austin of Liberty, SC; two beautiful grand-daughters, Aubrey and Azlynn Elliott; two brothers, James Geer and Christopher Geer both of Anderson, SC; two sisters, Jan Austin of Duncan, SC and Natasha Burke (Kevin) of Greenville, SC; two nieces, Kemora Geer and Natalia Austin; two nephews, Jaylon Austin and Kavon Burke; two loving aunts, Louise Greenlee of Clemson, SC and Rosanett Smith of Pickens, SC; and one uncle, Lewis Austin (Francis) of Six Miles, SC; and a host of other relatives and friends who loved him dearly. Ansel was his own person, he had his own personal style, his own language and individual personality. When you saw him, he was checking his shoes to make sure they were clean, adjusting his shirt collar to make sure it was popped up (ole school style) or plucking any sign of dirt from his fingernails. Ansel lived life on his own terms, the way HE wanted to live it. So, Ansel cut a fool, be loud, be you, be free and rest in peace! A Celebration of Life Service for Mr. Austin will be held at 11:00 am, Friday, June 11, 2021 at The Unity Mortuary of Anderson. His final resting place will be at Abel Baptist Church, Clemson, SC. The service will be steamed-live exclusively through our website. The family is at their respective homes.

The family of Ansel Austin created this Life Tributes page to make it easy to share your memories.

Send flowers to the Austin family.