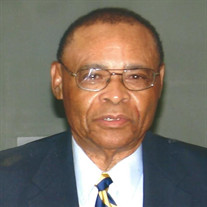 Alphonso ‘’Al’’ Norris, Jr. was born in Anderson, South Carolina, April 6, 1935 to the late John and Nettie Williford Norris. His educational background includes Reed Street School, Westside High School and Tuskegee Institute in Tuskegee, Alabama. He finished Tuskegee as a distinguished military graduate through the ROTC program and obtained a degree in Physical Education. He also had a master’s degree in Guidance and Counseling from South Carolina State University. He served as a teacher in Pendleton, SC at Riverside High School. He worked there for nine years serving as a teacher and a coach of football and basketball. After working at Riverside High School, he was employed at Greenville Technical College for a few years. Next, he held the position of Dean at Tri County Technical College as the first African American in that position in a predominately white institution in South Carolina. He became active in the community and served on the City of Anderson Planning and Zoning Board, the Anderson District Five School Board member and Chairman, he was a member of the Appalachian Council of Governments, Officer on the South Carolina School Board Association, South Carolina State Human Affairs Commission and the Branch Banking and Trust (BB&T) Advisory Board. He was an active member of Rho Delta Lambda Chapter of Alpha Phi Alpha Fraternity, Inc. in Anderson, South Carolina. He was also a member of Sigma Pi Phi Fraternity, Inc. admitted by the Delta Beta Boule. As one who unselfishly gave his services and promoted a spirit of unity, he was honored at the 59th South Atlantic Regional Conference by the Alpha Kappa Alpha Sorority, Inc. in Greenville, South Carolina. Other commendations awarded to him were: Innovator of the Year Award from the A. Wade Martin Foundation; Trailblazer Award from the City of Anderson; Kappa Alpha Psi Fraternity, Inc. Services Award, Anderson Alumni Chapter; Trend Setter Award from New Beginning Ministries International; Church and Community Service Award, St. Paul Baptist Church; Martin Luther King Jr. Drum Major Award given by his chapter Rho Delta Lambda Chapter of Alpha Phi Alpha Fraternity, Inc. At an early age he joined Saint Paul Baptist Church. He was very active in all phases of the church serving on the Trustee Board, a member of the Sunday School and member of the Deacon Board. He leaves to mourn his passing his wife, Elma A. Norris, two sons, Alphonso (Jody) Norris, III, (Elesia) of Lexington, SC; Lance R. Norris (Lisa) of Durham, NC; four granddaughters, Brittany, Haley, Lauren and Heather and a host of relatives and friends. Service will be held on Sunday, March 28, 2021 at 1:00 pm at Saint Paul First Baptist Church, Anderson, SC. Interment will be on Monday, March 29, 2021at 3:00 pm at M.J. ‘’Dolly’’ Cooper Veterans Cemetery, Anderson, SC. Public viewing will be Saturday from 1:00 pm until 8:00 pm and the family will receive friends from 4:00pm until 6:00 pm. In lieu of flowers the family request that donations be made to St. Paul First Baptist Church’s Parking Lot. The family is at 1011 Julia Street, Anderson, SC 29624.

The family of Alphonso Norris, Jr. created this Life Tributes page to make it easy to share your memories.

Send flowers to the Norris, family.